Joanna moved to Riverside in 1981 when she was four years old and participated in sports offered through the Recreation Department. At John W North High School, Joanna participated in several sports including basketball, soccer and track. In 1995, she set a meet record in winning the 100 meter hurdles, in addition to winning in the 300 meter hurdles, at the California Interscholastic Federation State Meet, helping North to their first CIF Track and Field Championship. 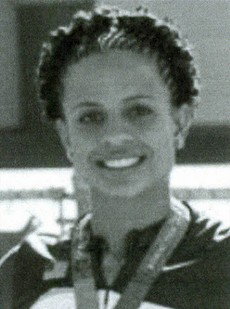